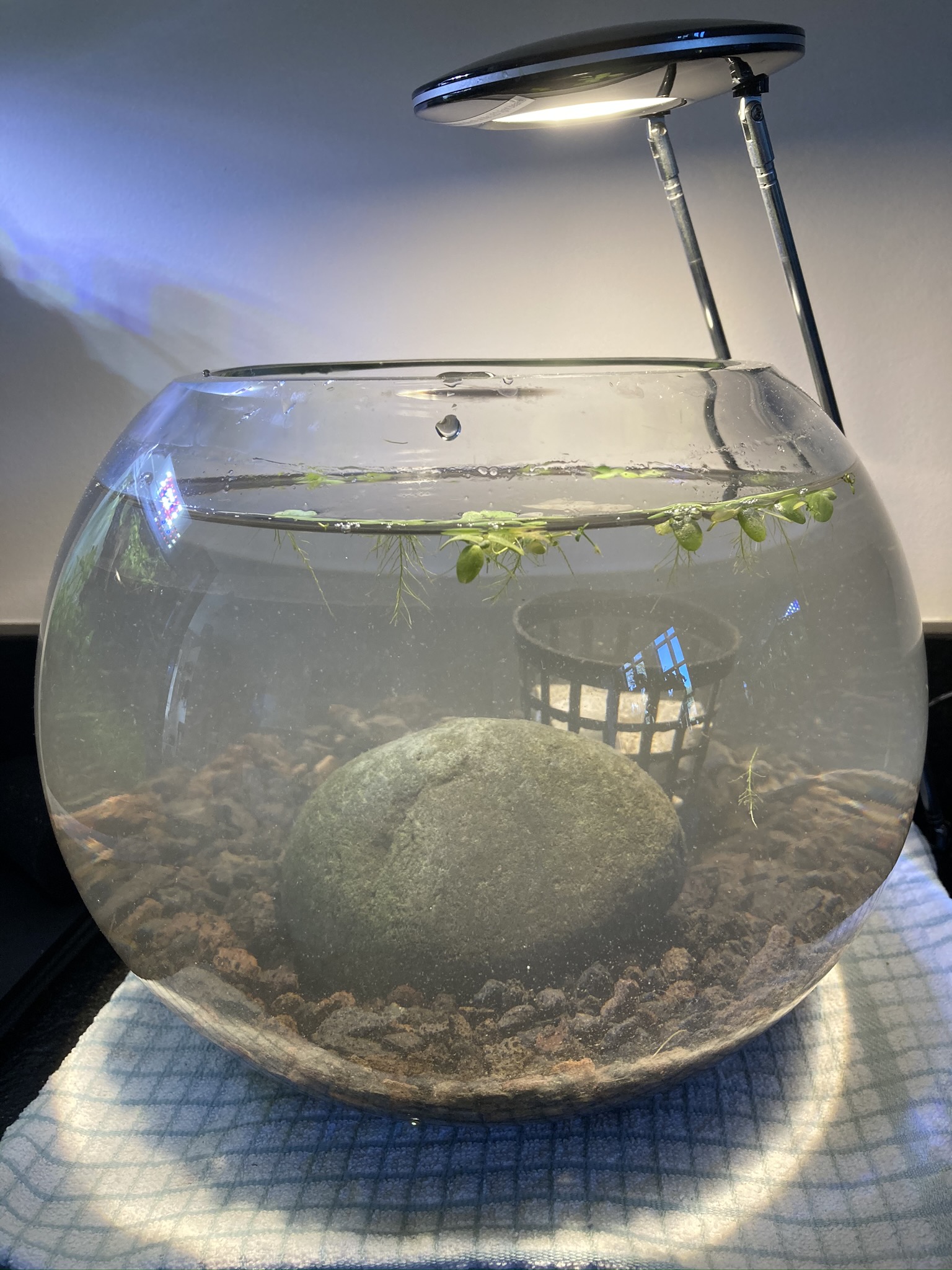 I am using a 20cm bowl from Marks and Spencer for my no filter, no heater shrimp bowl moss scape. 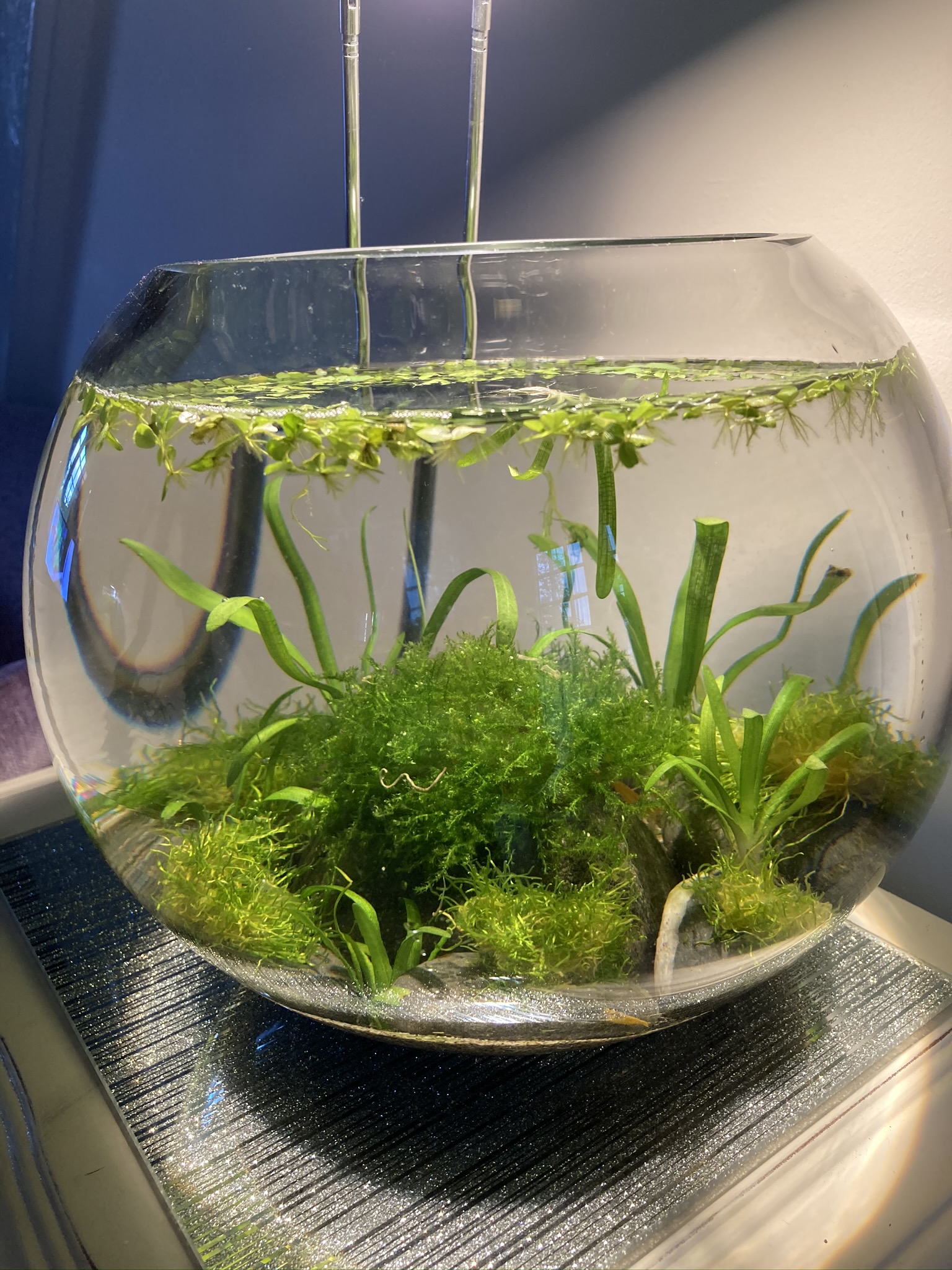 The substrate is a layer of JBL ProScape Volcano Mineral covered with decorative sand. The volcano mineral is a porous volcanic rock which ensures water circulation at the bottom of the bowl and supplies plant roots with organic plant nutrients which I am hoping will also help feed the mosses.

I attached Vesicularia dubyana (Christmas Tree Moss) to the rock in the centre of the bowl and Riccia fluitans to a number of small rocks around the large rock which I’m hoping will form a carpet of moss. This will be an ideal home for the Neocaridina (Cherry Shrimp or Blue Dream Shrimp).

I started the cycle of the bowl with 0.2ml of household ammonia and 1ml of Microbe-Lift Special but the volcano mineral had been sitting in my main tank for a few weeks being seeded with beneficial bacteria. The result was that following daily water changes, the bowl was cycled and ready for livestock within the week.

After about 10 days and further testing everything was spot on so I added six Orange Tiger Shrimp and one of the Blue Ramshorn Snails; the picture above right is how it looks now. Clear water following daily water changes for the first week.

The Riccia fluitans was a bit of a disaster as it kept floating away so I’ve removed it for now and have added some moss balls. I’m going to try to attach the moss to some grids and allow it to grow a bit before adding it back to the bowl