A good night’s sleep – not only is it something we need, it’s something we crave. If you often find yourself awake, tossing and turning at night despite yearning for sleep, you’re not alone: according to the National Sleep Association, between 50 and 70 million US adults suffer from a sleep disorder. In fact, lack of sleep is such a prevalent issue that the Centers for Disease Control and Prevention recently called insufficient sleep a “public health problem.” Another interesting article can be found here: Insufficient Sleep: A Public Health Problem .

Several factors can keep us from getting the rest we need, including insomnia, anxiety, stress and poor air quality. Luckily, there are many natural remedies that can help facilitate the rest we need. Simply introducing certain plant species into your bedroom can help reduce stress, boost your mood, and promote a more restful sleep. Below we’ve compiled a list of the 15 best bedroom plants to help you get a good night’s rest. Since what works best is different for each person, we’ve listed them without a specific order. 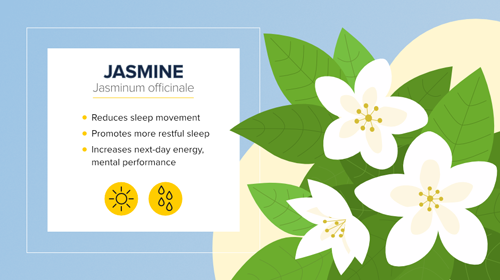 Several studies have found that jasmine’s sweet aroma has sleep-inducing and sleep-enhancing properties, making it one of the best plants for the bedroom.

According to one study conducted by Dr. Bryan Raudenbush West Virginia’s Wheeling Jesuit University, inhaling jasmine’s scent before going to sleep can lead to greater “sleep efficiency,” with the subject getting more restful sleep characterized by reduced sleep movement. Subjects who smelled jasmine before they went to bed woke up feeling more refreshed and had more energy and improved mental performance the next day.

A popular flower known for its fragrant blooms and small, star-shaped flowers, Jasminum polyanthum, or “Winter Jasmine,” is the species typically grown indoors. During the summer and spring, jasmine should receive direct sunlight; around winter, sunlight can be indirect. The soil should be porous and remain moist year-round, but not soggy. For restless sleepers who lack a green thumb, jasmine’s popular scent is often used in essential oils. 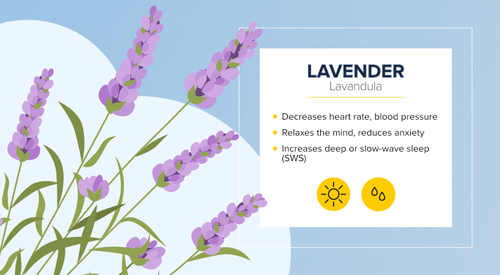 Another great bedroom plant is lavender, which was was named one of the best scents for sleep and relaxation by the National Sleep Foundation for its ability to decrease the heart rate and blood pressure, relax the mind and improve sleep quality.

Other studies have found that the addition of the lavender fragrance to your bedtime routine can also increase energy in addition to improving overall sleep quality. A Wesleyan University study found that participants who smelled lavender before going to bed saw an increase deep or slow-wave sleep (SWS); subjects also reported high energy the morning after lavender exposure. Another study conducted at the University of Maryland had similar results: it found that putting a lavender plant in the bedroom facilitates better sleep, boosts mood and reduces anxiety.

The lavender plant, characterized by long stems with no leaves and purple buds, is a sophisticated addition to any bedside. To grow lavender in your bedroom, place it on a windowsill in direct sunlight and lean, dry soil. Or take advantage of lavender’s sleep-inducing properties by spraying pillows with lavender essential oils. 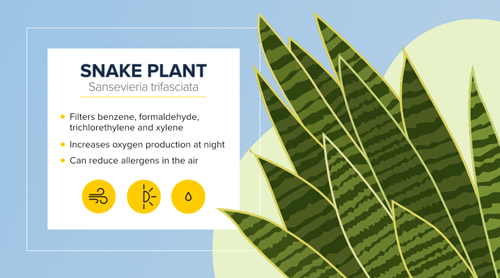 Part of NASA’s Clean Air Study, the snake plant is well-known for its ability to remove common chemicals and toxins from the air.

Conducted by NASA in association with the Associated Landscape Contractors of America, the Clean Air Study examined the ability of several common indoor plants to remove toxic chemicals from the air. The snake plant was found to naturally filter out the toxins benzene, formaldehyde, trichlorethylene and xylene. In addition to purifying the air, the snake plant converts carbon dioxide to oxygen at night, instead of during the day, increasing the amount of oxygen in the air during sleep hours.

Also known as sansevieria trifasciata and the “mother-in-law’s tongue,” the snake plant is a resilient indoor plant that grows upright with thick, stiff leaves. It’s an ideal bedroom plant because it is is tolerant of all levels of light and irregular watering, meaning it can grow almost anywhere. 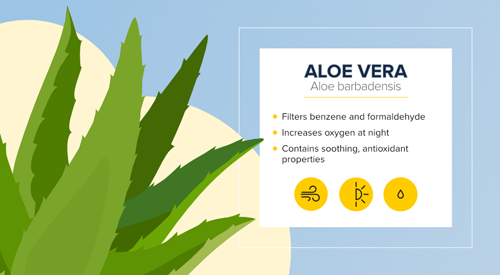 Another air-improving bedroom plant, aloe vera is effective at removing benzene and formaldehyde from the air.

In addition to its air-purifying abilities, aloe vera has several medicinal purposes, and is commonly used to sooth pain from burns. A small succulent with thick, serrated leaves that grow outward from the center, aloe vera can survive in indirect sunlight or artificial light and is easy to care for as long as it is not over- or under-watered. 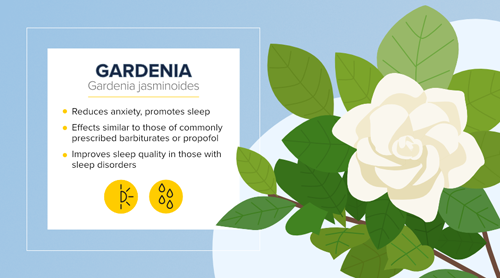 Another plant that helps you sleep is the gardenia. Several studies have demonstrated the gardenia’s ability to soothe and promote sleep; in fact, its fragrance is so effective research has found it may be effective in treating those with sleep disorders.

According to a study conducted by researchers at Heinrich-Heine Universität and the Ruhr-Universität in Germany, two fragrances emitted by the flower have the same ability to soothe, relieve anxiety and promote sleep as popularly prescribed barbiturates and propofol. Additional research published in Phytomedicine found that one of the pigments in the flower, crocetin, improved the sleep quality of two dozen men who suffered for sleep-associated problems.

A sophisticated flower with white, glossy blooms that spiral inward, the gardenia makes a lovely addition to any bedside table. Gardenias are sensitive and require specific conditions to thrive, including bright, indirect sunlight; a cool environment; humidity; and regular watering. Gardenia essential oils and tea are also effective sleep aids in place of a blooming plant.