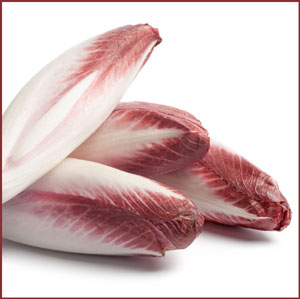 Forced Chicory has quite a different flavour to the non-forced salad type leaves. The usual colour is white but you can also force the red varieties to serve as Radicchio for a less bitter flavour.

Prepare the seed bed a few days before sowing and add a general fertilizer. Sow the seed thinly in rows 30cm apart during May or early June. Keep the weeds away from the growing seedlings and thin to 15cm when they are large enough to handle.

The salad leaves which are produced during the summer can be used as they are but leave a few plants for forcing using the following method:

Force a few at a time from November through to March as follows:

Once harvested keep them in black plastic bags in the fridge to ensure the light doesn’t get to them, this stops them getting too bitter.

Serve them in a salad with tomatoes or a sweet dressing or boil in salted water for 1-15 minutes and serve with a cheese sauce.

The introduction of container grown fruit trees and shrubs and the availability of dwarf varieties of apple, pear and cherry has meant […] 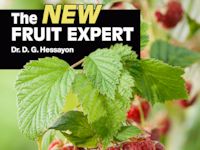