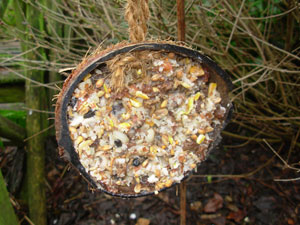 This week I made my own fat feeders and it was surprisingly easy and cheaper than buying them. Here’s how I made mine:

You don’t need to follow my method to the letter, the dry ingredients can be anything you like as long as you don’t use anything salty i.e. no bacon and no salted peanuts. Bits of apple or green vegetables such as cabbage or broccoli would be good too.

Avoid using bread or whole peanuts during the spring when young birds are about or when parents may take food into the nest.

Also, if you don’t have used coconut feeders you can use clean yoghurt cartons; just put a hole in the base, thread through some string and knot it below the base to keep it in place. When filling the pots ensure that the string lies down the middle of the mixture with enough left over to enable it to be tied up.

In all I think it took me 15 minutes to make four feeders which I think is time well spent. 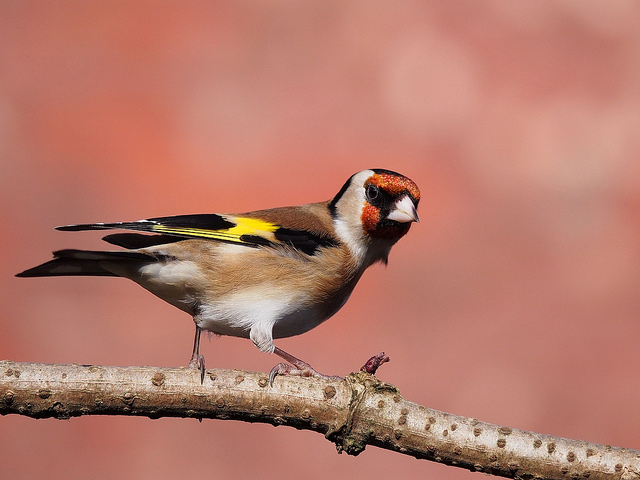 As the winter months draw in each year, you’ll undoubtedly soon start to see a decline in the number of birds you […]

If you’re lucky enough to have a reasonably sized outdoor space to call your own, then you may as well encourage local […]

Television presenter Kate Humble has been appointed as President of the RSPB. We hope that Kate’s infectious enthusiasm for wildlife and wild places will inspire millions of people to get closer to nature.

My lovely hedgehog settled in for the night in a bed of straw. However by mid morning today it still hadn’t had […]