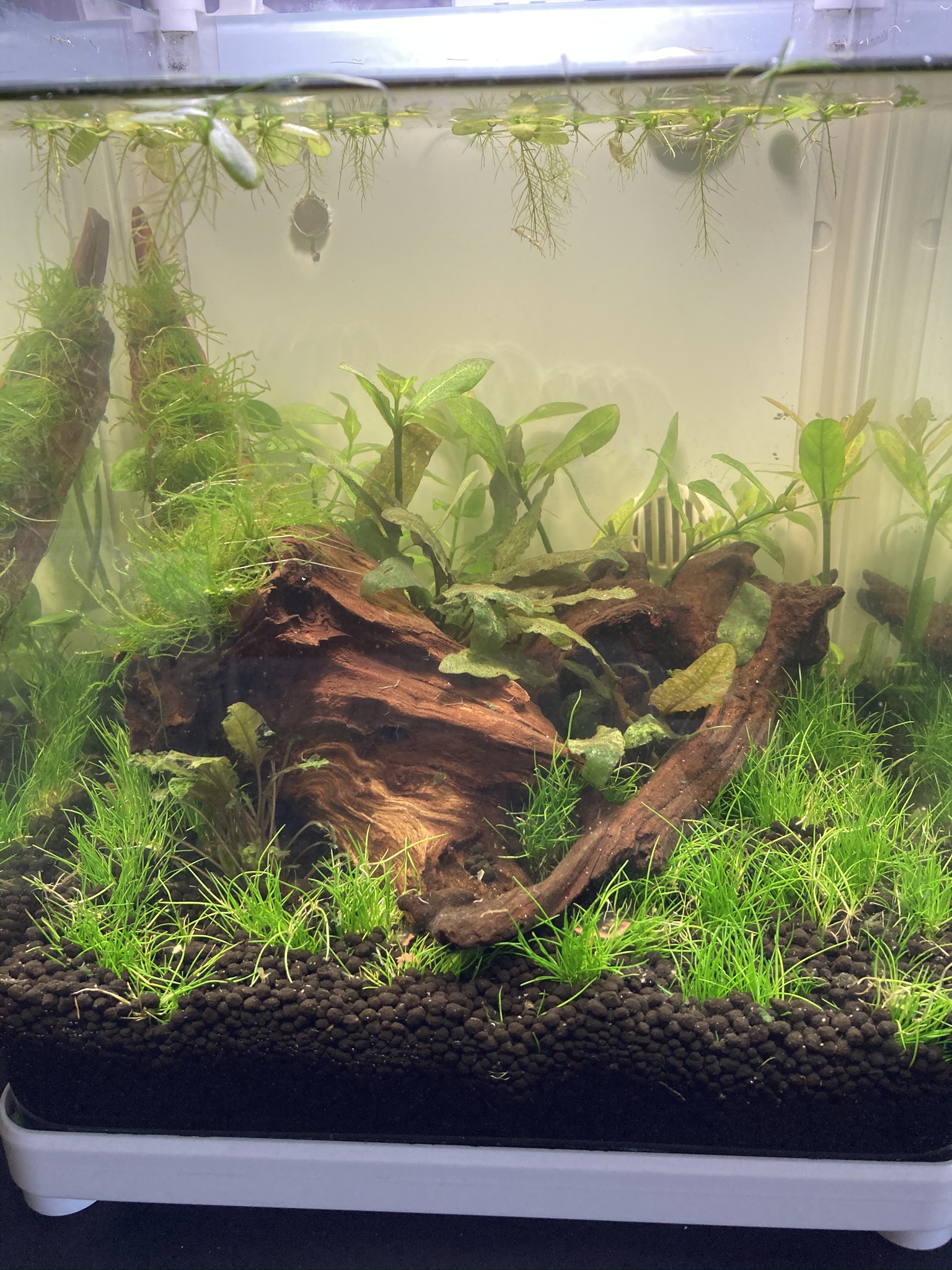 I did a 50% water change after two days to clear off some of the tannins from the wood then I realised that I may have removed any ammonia needed to feed the beneficial bacteria which I had placed in the back section of the tank. Testing showed zero ammonia. I found a great article on how to perform a Fishless Cycle and decided to follow the fish food method. After three days the ammonia has started to rise but still not enough to convert to nitrite just yet. I am testing daily at the moment and adding more food as needed.

At day six I noticed that my Cryptocoryne beckettii ‘Petchii’ has started to melt, not good. By coincidence I was watching MD Fish Tanks latest video and he mentioned that his were beginning to melt too, he thinks it is the hot weather we’ve been having. I was encouraged by that as it means it wasn’t something I’d done wrong or not done so I removed all the dead leaves and I’m hopefully it will recover soon. All the other plants look healthy and the moss has started growing which is encouraging. However, I’ve decided I don’t like the Hygrophila polysperma which I have as my background plant, I feel that the stem space between leaves is too long and out of proportion for the small tank. I have cut it back as it is growing but I don’t think it will look good so I am going to replace it with Bacopa caroliniana which I’m hoping will be more bushy. 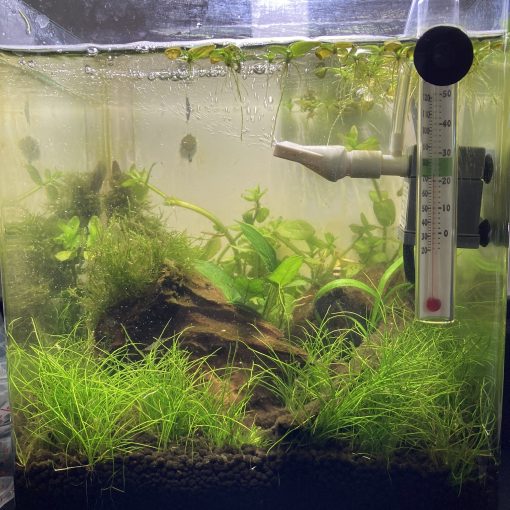