Our plant of the month for September is Japanese Anemone.

Japanese Anemone are beautiful plants, are very easy to grow and flower their heads off from August through to the frosts. During September they are at their best when there are few other plants around. The Gardening Register has two varieties in the garden Anemone ‘September Charm’ and Anemone ‘Honorine Jobert’.

Honorine Jobert has been in for nearly ten years now and it never ceases to amaze me every year. September Charm was planted last autumn so this is it’s first true flowering season. The plants need to bulk up a bit before they’ll be as showy as Honorine. Take a look at the plants in our garden.

They are happy in full sun or partial shade and prefer moist, fertile soil. They are fully hardy and flower between July and September or even to the frosts if you’re lucky.

To care for your Japanese Anemones: 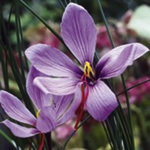 Saffron comes from the bright red stigmas of the saffron crocus (Crocus sativus). Plant the bulbs during August in a nice sunny spot or a pot on a hot patio and they will produce lovely scented blooms during the autumn year after year.

Hardy Annuals are herbaceous plants that live for just one year; they will die after flowering and setting seed and should then be composted. 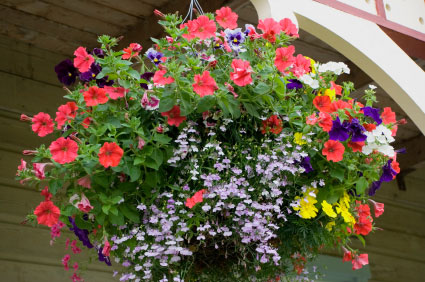 Hanging baskets are a wonderful way of adding colour to your garden, particularly if you have a paved garden or yard. Hanging baskets also add height and make the most of the smallest of spaces.