According to the RHS the following are the top ten garden pests in the UK. Click on the links at the end to find out more from the pages of the Royal Horticultural Society: 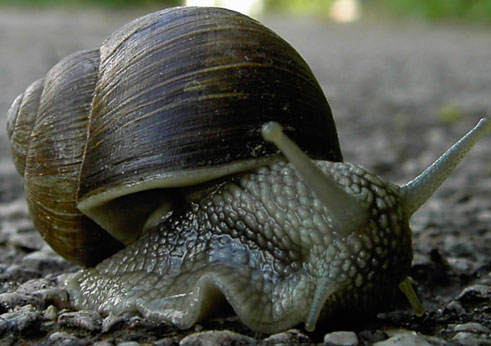 Slugs and snails tend to be the number one problem in our gardens. Most damage happens during Spring and Autumn when seedlings, vegetables and ornamental plants are destroyed. More on slugs and snails.

Harlequin Ladybird is a foreign ladybird and was unknown in Britain until 2004. Since then it has spread quickly throughout the UK eating native laybirds and other aphid predators as it goes. It is of some benefit to gardeners as it eats greenfly and other aphids.

Vine Weevils eat notches out of the leaves of a wide range of herbaceous plants and shrubs. The larvae feed on plant roots ultimately killing the plant. Vine Weevils especially attack plants grown in pots and containers. More on vine weevil. 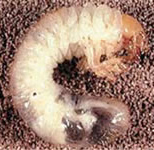 Chafer Grubs are the larvae of a number of chafer beetles. They mostly cause damage in lawns where the grubs eat the roots of the grass. A lot of damage is also caused when animals such as foxes and crows rip up turf to feed on the grubs. More on chafer grubs.

Viburnum Beetle larvae damage foliage of Viburnums during May and June. The adult beetles eat the leaves in late summer.

Pear Leaf Blister Mite is a microscopic mite which lives inside the foliage of pear trees. They cause pink or green blisters on the foliage during Spring and by mid-Summer the affected parts of the leaves turn black. 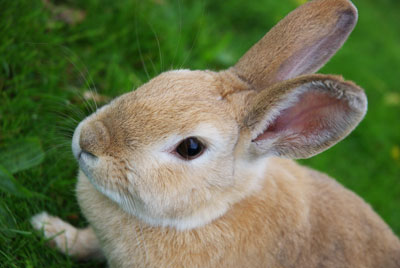 Ants cause very little direct damage to plants but the action of excavating their nests can cause a problem in lawns, flower beds and patios. They are most common in sunny gardens with well drained soils. More on ants.

Rabbits eat the foliage of many low-growing plants and vegetables. They can also damage the bark of trees. More on rabbits.

Capsid Bugs suck sap from the shoots and flower buds of a wide range of herbaceous plants and shrubs causing leaves and flowers to emerge distorted. More on capsid bugs.